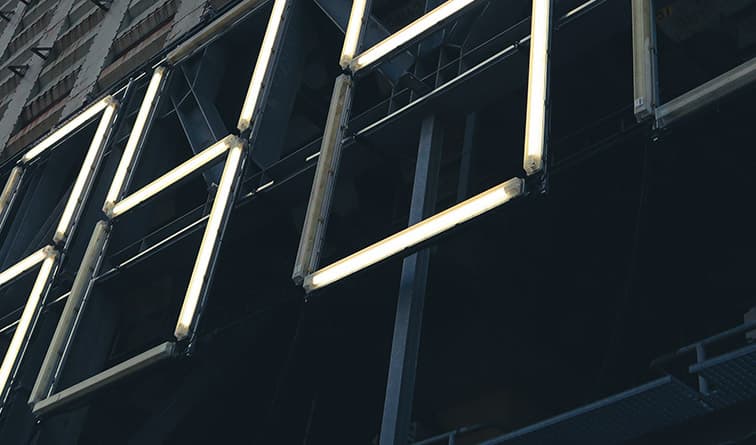 When asked about the chances of success for his new film, the legendary Hollywood screenwriter William Goldman reportedly retorted: "Nobody knows anything." The example of founders who received hundreds of millions of dollars from investors only to exit in an atmosphere of scandal shows that the startup world is very similar. Investing in them is like investing in show business. Question: is this the right direction?

Reading this, many of you might wonder how Goldman was so successful in his industry when he couldn't predict the success of one of his own films. He was an honest and uncompromising man. He knew that show business is unpredictable, which also has a positive side. There are very few films that actually do well at the box office. Some of them earn enough to cover the cost of production, while many take a serious loss. But once a movie is successful, the rewards will be tremendous. What’s worth paying attention to is the quality of the product (the film), meeting deadlines and sticking to schedules and keeping a close eye on the element of surprise.

A few years ago I was approached by a founder recommended to me by a large fund that had just invested in his idea. He introduced himself as someone worth talking to because he does interesting things. Indeed, at the time, his concept of revolutionizing retail was visionary and, at the same time, feasible. The founder had credibility as well since he had previously built a large company in the same industry and knew what mistakes not to repeat.
I invested in his idea as a minority investor, alongside the aforementioned fund and a few other seasoned angel investors. I was very interested in the execution of the idea as it was immediately obvious that the window for having a competitive advantage would be short. Despite the founder’s experience, the startup didn’t work out. Today, in retrospect, I know that it failed for two main reasons:

For your consideration – the infamous WeWork

WeWork’s founder, Adam Neumann, raised huge amounts of money from investors in the name of innovation, although in reality their business was about renting office space in a flexible way. The enchanted investors gave him millions. They believed in the community-building vision he was selling. It was only on the occasion of the company’s IPO that it became clear that the company was generating huge losses.

Neumann is a controversial figure today, but his initial vision was quite noble. Instead of doing business in the real estate sector, he wanted to build a community and create spaces for young people right out of college – the people who were most affected by the high prices of New York real estate, and most of whom couldn’t even rent a flat by themselves. He was effective in raising money. Of course later on in the process of building the company he ruined a lot of things, and finally left in an atmosphere of scandal. Looking at his story, we can learn that a company's vision must be coherent and be able to defend itself in business terms. But we should also remember that founders often have to deal with selling dreams.

The "WeCrashed" television series perfectly depicts how the participants of the startup industry and VCs play the same game. In one of the scenes, Neumann (played by Jared Leto), has just applied for a huge investment from SoftBank, he then returns to his office and tells his colleagues that they have to become a tech company, much to their surprise. Without hesitation he barks orders to start hiring programmers right away because without them SoftBank won’t give them money. This one scene brings together several threads from many founder stories.

Firstly, Neumann blurred his original concept because he had to put on a masquerade for investors in order to raise money. And three-quarters of the investment community fell for this masquerade. But all along his company was simply just renting real estate property. This eventually got him into trouble because that was not the kind of company he said he was building.

The second thread is worth considering from a psychological perspective. This is a similar case to that of Elizabeth Holmes of Theranos. She dressed like Steve Jobs. Like him, she wore black turtlenecks and drove a black car without license plates. She described her specialist medical product as a "healthcare iPod." Both she and Neumann wasted investor money to lead lifestyles like Hollywood stars. They both pretended to be someone they were not.

In the opening scene of "WeCrashed," we see Neumann at the height of his powers. He gets up hungover at noon, awakened by a host of servants. One of them lights a hookah for him right away, another brings him breakfast and yet another brings him his clothes, all except for shoes, that is, because Neumann – like Steve Jobs once upon a time – leaves the house barefoot. His assistants shield  him from reality. One of them is tasked with making sure the music is loud enough when Neumann and his partner ceremoniously – like stars on a stage – enter the WeWork offices, which are inscribed with the modest inscription of "Galactic Headquarters."

Investors are affected by social sentiments

Forbes columnist Derek Lidow admitted that after the Theranos scandal came to light, “Most people, including me, had wanted Elizabeth Holmes to be successful. The technology in her vision was very promising, and we welcomed her as a role model for female entrepreneurs."

In Silicon Valley, which is a model for Venture Capitalists from around the world, interpersonal relations are extremely important. Almost everything is based on informal contact between entrepreneurs and VC investors. These relationships are also mostly cultivated in our spare time.

They make decisions based on personal impressions and recommendations from other investors. In a sense, rightly so, because creating a successful startup requires experience and mental resilience. But often, when a founder gains the trust of one VC, they quickly try to impress and gain credibility with others. Regardless if they are actually building an innovative product or not.

One caveat: the case of the WeWork founder remains slightly more nuanced than the Holmes case. Neumann didn’t sell any non-existent products and didn’t mislead people by giving false health test results. He started bending the financial facts and eventually cooking the books after the valuation of his company went to his head. And the fact that VC funds accepted his term sheet… Well, that's just how they work.

This is how the VC world turns

WeWork got money to burn through from the aforementioned SoftBank. They are one of the largest technology investors in the world. A few years ago, they created the Vision Fund worth $100 billion. In the past few years they have collected tens of millions more. They built up the image of a visionary institution, however so far such a large amount of money has yet to produce any breakthrough companies. Financiers usually don’t understand technology, so they invest poorly in startups that are supposed to change the world.

After the WeWork scandal, Neumann didn’t actually disappear at all. He admitted his mistakes, and in the summer of 2022 he received $350 million for his new real estate startup from the American VC fund Andreessen Horowitz.

This investment has more questions than answers. On the one hand, we have a compromised founder, but one who has proved he can raise an enormous amount of cash. We have a man who ran a business poorly, but who brings a lot of assets to their new business in the form of real estate. Andreessen Horowitz is a fund that invested $250,000 in Instagram a decade ago. And when Facebook bought IG two years after that, they earned $ 78 million on the deal. As Peter Thiel accurately noted, he earned 312 times what he invested. Has he made a mistake with this current deal? In my opinion, no. He knows he has to take risks. Perhaps he hasn’t behaved entirely ethically, but that is a topic for a separate article – whether investing in startups is ethical at all.

VC Funds must invest in companies that are likely to give them a big enough return on investment to cover all of their unsuccessful investments. A diversified portfolio, in which the best companies return invested capital twice or four times over, will not balance the losses incurred on the weaker companies in the portfolio.

The media does not understand this mechanism. After the collapse of WeWork, they accused investors of believing in Neumann, which by means of low prices cut out the competition and took over the market. How is this different from the practices of current monopolists? Investors got a whiff of what they thought could be another global business. The charismatic CEO and the company masquerading as a tech company made them believe in this fabrication.

The big players, when they invest, make what psychology calls repetitive decisions. Employees of  large companies process complaints, HR specialists check applications of job applicants, doctors in the emergency room decide in which order to see patients... Each case is slightly different, but the decisions are all repeatable.

Meanwhile, the decision to invest in a revolutionary technological idea is a wholly unique and unrepeatable situation. It is so rare that it cannot be compared to any real world precedents. A  decision such as this is usually only made once in a lifetime and under exceptional circumstances.