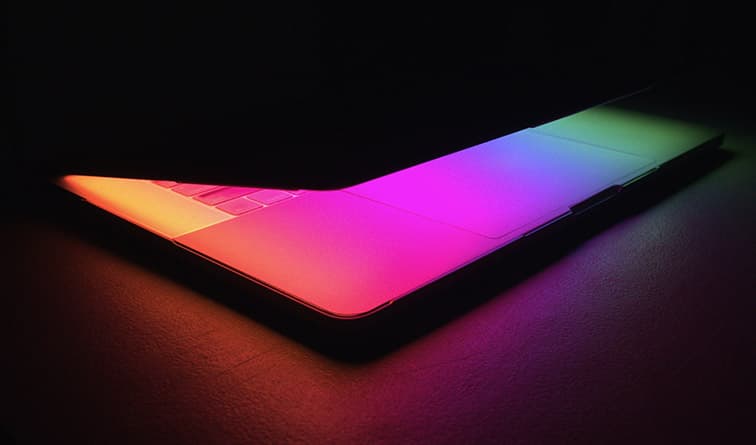 An investment in a startup will always be uncertain

An investor always buys a certain amount of uncertainty. In Poland, many investors who have a bit of capital assume that investing in startups is too risky of a game. We enjoy playing the game. For us, the best investment is often in startups that were rejected by other VCs who didn’t understand the technology behind them.

I used to work in the Polish branch of a global technology company. It produced hardware, had a strong brand and enormous profits. But meeting after meeting, quarter after quarter, I saw how bad management decisions led to a lack of innovation. Eventually, they lost their technological advantage to a small company that earns money on software and the ads connected to it.

And even if my ex-company continues to operate, it doesn't matter. A company is strong when it has the potential to generate profits in the future. And the higher the profits it can achieve, the greater the advantage over its competition. Compare the value of Airbnb and traditional global hotel chains. They all employ thousands of workers and provide accommodation. And yet Airbnb is valued higher than Marriott, Hilton, and Hyatt combined, even though these hotels regularly post massive returns.

Investors felt that Airbnb would generate monopoly profits in the future, while the monopoly advantages of Marriott, Hilton and Hyatt in the form of physical hotels would be nullified. There was no need for complex technology. It was enough that they had a simple application, a considerable advantage in the process of presenting offers and their business model, and data availability – then all of this was injected with a huge amount of investor cash and voila. In the aftermath of the information age there will be better facilitated communication. Like the fact that every monopoly will end sooner or later. Such a process will also take place, for example, in telecommunications, but thanks to more complex technology.

Technology, such as the 5G network in the OpenRAN model, which we happened to have invested in. Its introduction will allow for the free choice of a bidder for each element of the radio network (RAN), and even allows for their programming definition. The hardware will be secondary and it will be enough to just buy something "off the shelf." Instead of a few strong transmitters from large network operators, we propose a network consisting of an enormous number of small transmitters. Due to higher density, they offer better throughput, speed and availability. This model is an absolute revolution, even if the rather dry description above doesn’t reflect that.

Imagine farming in the middle ages. All the decisions concerning whether to grow wheat or potatoes, which plots to plant on and with whose manpower – are all controlled by several feudal lords. The serfs are their property and without their labor, large-scale food cultivation is impossible. The same crops end up being cultivated in every field – agriculture then grows stagnant and ineffective. Then in a short time, thanks to social progress, peasants gain their economic freedom. Not only that, the industrial revolution then equips them with agricultural machinery – trucks, combine harvesters, tractors etc. Almost anyone can get into the game and become a farmer. The agricultural market then booms, competition emerges and food prices start plummeting. This is exactly what we should expect in the telecommunications industry.

One day, a friendly VC fund referred a startup to us

He didn't seem to understand his own technology nor his own business model. The founder of this startup previously worked for a global telecommunications network operator. His idea was to develop 5G technology. We decided to invest. Later, we spent dozens of hours with him and we rebuilt his business model together.

Today, this startup is building hardware and making its technology available to other operators. Ultimately, his business is about helping to build a network of smaller operators. Take a hospital for example, they no longer have to buy network uplinks for their patients from a telecom operator. They can become an independent operator themselves. In this model infrastructure is no longer essential. The physical elements of the network have long been dependent on software. Thanks to that, anyone can be the owner of a network transmitter. The democratization of telecommunications means the emergence of a completely new global market.

The teaching revolution of the iPhone

The premise that made us believe in OpenRAN is what happened with applications in the wake of the iPhone. Apple was so successful back then because it had a strong brand, great advertising campaigns, minimalist design and Steve Jobs' ever present media popularity. Right? Not exactly.

The foundation of Apple’s success went much deeper. Apple started a revolution because it broke down the monopoly of mobile network operators. Previously, mobile applications were delivered over a WAP of some kind and were the exclusive domain of network operators. It was the operator who made additional eye candy available on users’ phones and they guarded their mobile real estate fiercely. Cooperation with app creators consisted of an operator buying their applications from them and then making them available to clients themselves. This is how operators built up their marketplace.

And then the iPhone destroyed it. It was so attractive and had such a superior technological advantage that major US network operators wanted to distribute it, even agreeing that its app store would be owned by Apple. Thousands of developers wrote software for Apple devices because almost overnight they had millions of users. There are even more examples of this. Google famously repeated Apple’s success using a similar model with their Android.

For now, global telecommunications infrastructure is still defended by a high wall and dominated by large players. Infrastructure is sold as a monolithic product by companies such as Ericsson, Nokia, Lucent and Huawei. They expect a premium price for their solutions without any real justification. They used to argue that they offered better quality. This is no longer true – they have been offering inflexible solutions at high costs for a very long time. This was proved by Google on the software and server market when they used off-the-shelf equipment and were able to ensure reliability much better than any manufacturer of dedicated servers could.

So we find ourselves in the same place with mobile network technologies that manufacturers of applications for iPhones found themselves in. They did not require any additional administrative actions as the entire infrastructure was ready for them. It’s quite similar to the current revolution. There are even EU regulations regarding the terms on which a dominant network operator must make its infrastructure available to others.

Due to the disruption, completely new business models will emerge

Imagine that, for example, a shopping center or a small municipality does not have to install WiFi routers from large operators, but they can be an independent operator themselves. They build their own infrastructure. And the costs – thanks to the possibility of offering additional paid services for clients – they can quickly be recovered and they can easily turn a profit.

You operate your network on the company's own infrastructure, so it is much cheaper than the offers of large telecommunications operators. They usually inflate their prices because they have to maintain a huge technical infrastructure and administration network in order to make a profit. They can price gauge because they have well-established monopolies on the market and the barrier to entry for building a network is extremely high. Just like the aforementioned feudal lords. In their time, to become one of them, you had to be knighted by a king and amass a lot of land, villages and an army of peasants.

Today, just like the entrepreneur-farmers who replaced feudal farms, small operators can also enter whatever space is optimal for them. It is much cheaper because there is no monopoly of large operators. This is where the gigantic advantage lies.

Final thought: it’s worth waiting for a stroke of luck

Every new trend needs a bit of luck. We had some thanks to Donald Trump, of all people, who kicked Huawei out of the US and Europe. A gap in the market opened up and OpenRAN is driving thousands of small telecom trucks through it.